Gallery of Koloman Sokol is operated by the Liptov gallery of P. M. Bohun in cooperation with the town of Liptovsky Mikulas. It is located in the oldest secular Building from the 15th century, which belonged to the Pongrac noble family.

The gallery was founded in 2002 under the name Centre of Koloman Sokol, by donating art works to the town of Liptovsky Mikulas and Liptov Gallery of P. M. Bohun from artist Koloman Sokol. He was founder of modern graphics, painter and illustrator. The original name was changed in 2017 after reinstalling the permanent exhibition named Life and Work of Koloman Sokol. The gallery also presents art in the temporary exhibitions.

Koloman Sokol was one of the most important representatives of Slovak fine art. He is the founder of Slovak and Mexican graphics, painter and the author of illustrations. Koloman Sokol had a difficult childhood, at four years his mother left and his uncle took up his education. He studied at the private school in Kosice and in Bratislava. In 1925 he was admitted to the Academy of Fine Arts in Prague. He received a scholarship from the French government and spent 1933 studying in Paris where he met his wife Lady Kratina, the daughter of an American-Czech sculptor. In Prague he became a member of the Association of Czech Artists of Hollar. In 1937 he attended the Hollar joint exhibition in Mexico, and subsequently he accepted the invitation of the Mexican Ministry of Culture and Education to teach there. He became the founder of the school of graphic techniques at Escuela de las Artes del Libro at the University of Mexico City, where he worked as a professor until 1941. In 1941 he left for the USA where his son George was born, he lived in New York in 1942-1946 . Then he returned to Slovakia for a short period of time, taught at the Technical University and Comenius University in Bratislava and became a member of the Slovak Academy of Sciences. After the Communist conquest in 1948, he left for the United States and settled in Pennsylvania in Bryn Mawr. In the 1990s, he lived with his son in Tucson, Arizona, where he died at the age of 100 on January 12th.

Throughout his work he devoted himself to social issues, poverty. His works are characterized by a strong emotive subtone. He responded with his work on unemployment, emigration and social problems. He also loved the Mexicans, and this environment very much influenced his work. Frequent motifs of his work were dog, horse, mythology, bullfighting and interpersonal relationships. In 1976, his dog named Sambo died and from that time, Sokol signed his paintings using pseudonym Sambo.

Koloman Sokol felt like a citizen of the world without firm roots in any particular country. Nevertheless, he never lost interest in what was happening in Slovakia, often commented on the current situation in his home country. Evidence of the relationship to Slovakia, and especially to his birthplace, was his generous gift to the town of Liptovsky Mikulas and Liptov Gallery of P. M Bohun, which consisted of a collection of 48 pieces. These became the basis of the Koloman Sokol Center, in 2017 renamed the Gallery of Koloman Sokol. 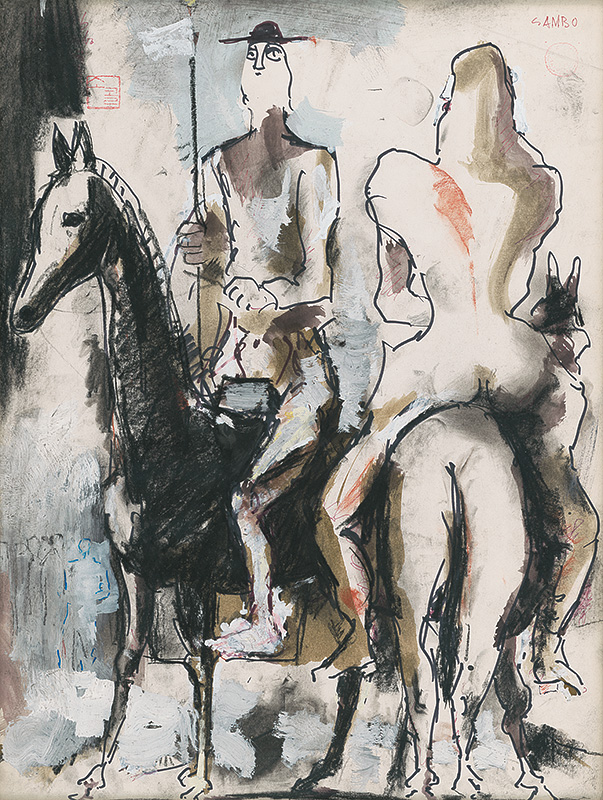 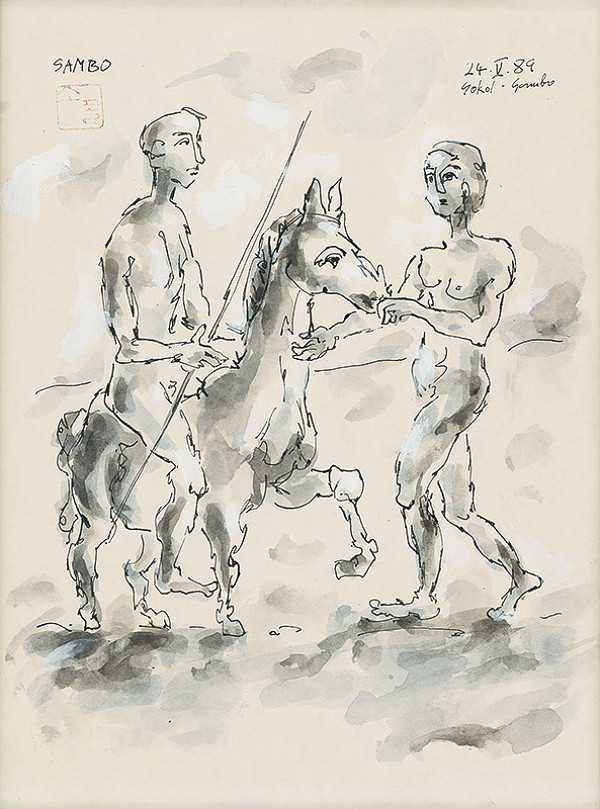 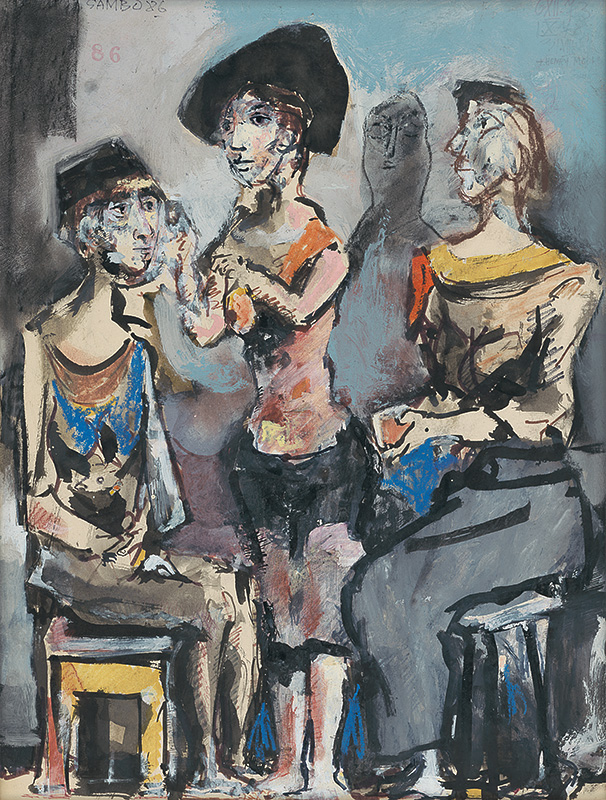 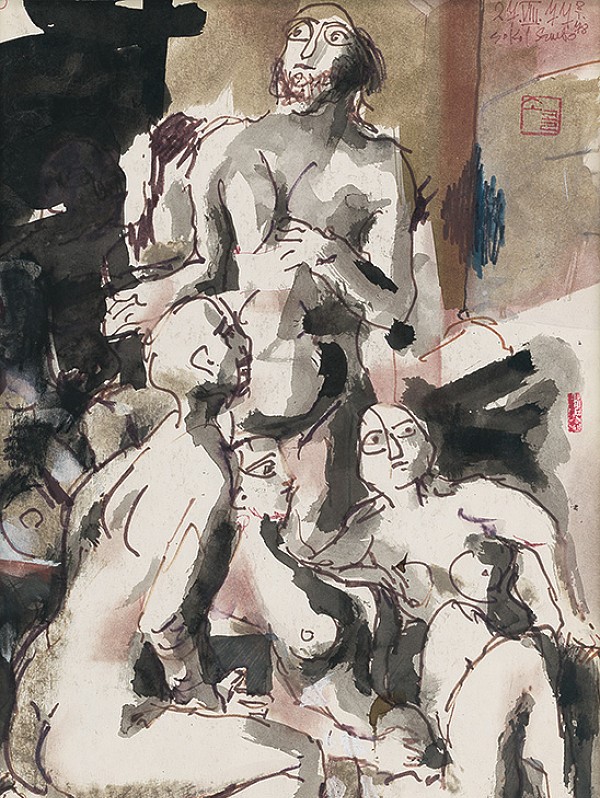 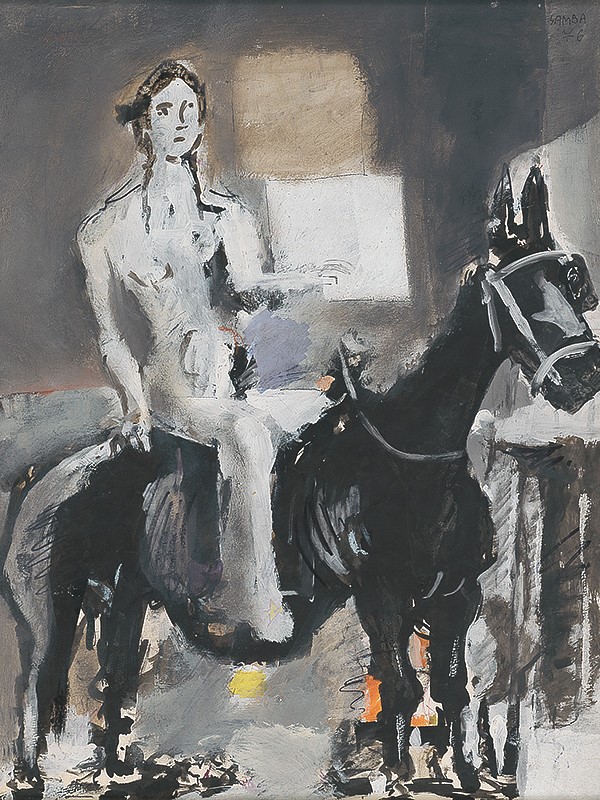 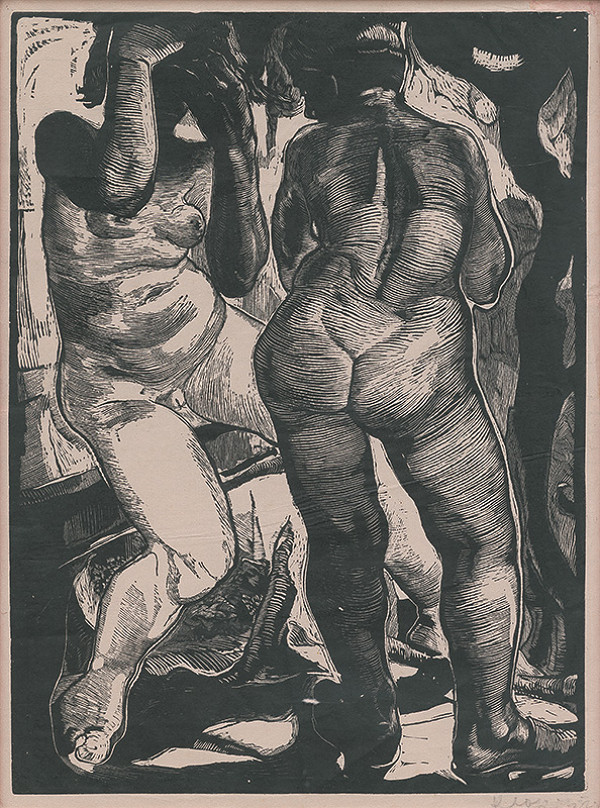